Radio Obligato Records has so far released seven pieces of 7" vinyl. There are still copies available of all releases.

Unfortunately shipping from Sweden is very expensive.
Here are the prices including shipping if you order from here:

E-mail jk at radioobligato dot com to order or to get prices for other deals.

You can pay using cash or PayPal (jk at radioobligato dot com).
There is a Swedish PG-account or bank account that you can transfer to as well.

We recommend Push My Buttons if you want a mailorder shop with all kinds of stuff.
They will sell all our releases as long they're in stock at our HQ.

In the spirit of the Radio Obligato internet radio show that was around for all of the 00-decade. Old rock, powerpop, punk and related as convenient Spotify playlists.

The playlist Radio Obligato - All Tracks contains all playlists in one big list.

Find out when new lists are added: Playlists RSS Feed

From 86 to present day

Sometimes we help set up shows and once or twice we do it on our own. 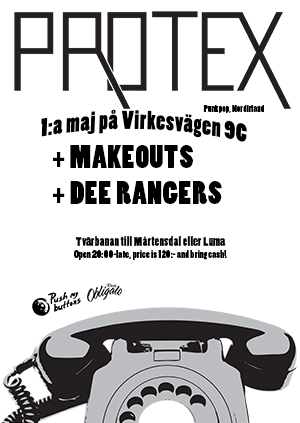 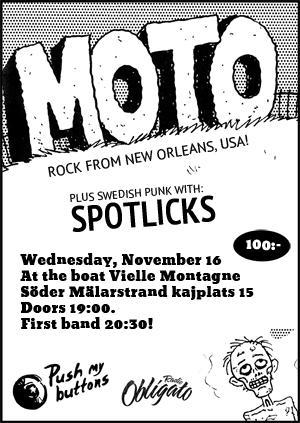 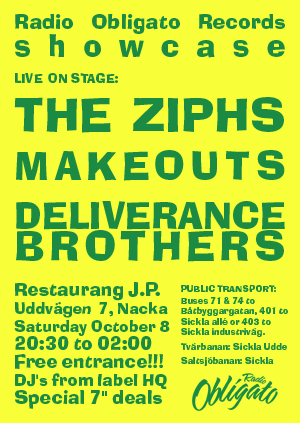 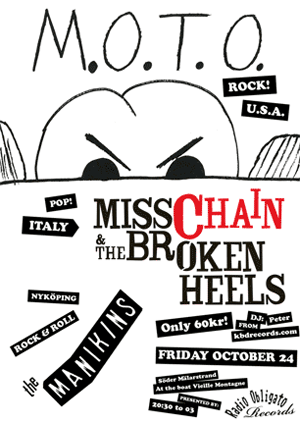